The historic woodland was felled over a number of years during and after the Second World War and, whilst many sycamore trees have now regrown, the project sought to restore the diverse number of species that had previously existed there.

One thousand trees were planted and these new trees are now thriving in Pit Wood. A fantastic assortment of species were planted, including field maple, birch, hornbeam, hazel, hawthorn, chestnut, wayfaring tree, oak and rowan.

More than 50 local residents came together to help the great endeavour – including a number of families – after surrounding communities were invited to “bring a spade” by the Friends of Ham Hill.

Funding was obtained from the International Tree Foundation. 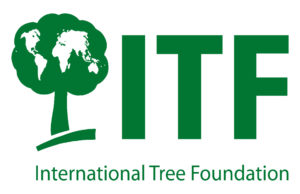 Such a beautiful morning but still icy across the hill so please take care when visiting or passing through.#LoveYourPark ... See MoreSee Less

It's still very icy across the top of Ham Hill so please take care if you're passing through. If you managed to get out in the snow yesterday and took some pictures whilst walking around the park please do share them with us. Here are a couple from us; a sunny stone circle but snowy sky taken by Helen and one looking out of our work vehicle when the snow stopped 💚#snowday #LoveYourPark ... See MoreSee Less

A fantastic history themed children’s event on Ham Hill! Ham Hills Super Spears and Celtic BlazesCome up to Ham Hill on the 28th of January, where you’ll join Edd the ranger and travel 2000 years back in time! Can you storm a hillfort or forage for firewood? Would you like to create, decorate and throw your own Celtic spear? And can you start a blaze to keep yourself warm through the cold winter months? If Ham Hill’s horrible history interests you, then we’ve got just the session for you!Aimed at ages 8-13All children must be accompanied by an adult (accompanying adults free - max 2 adults per child)Wrap up warm, wear waterproof and wellies, this session is outdoors!www.visitsouthsomerset.com/events/nature-and-wildlife/ham-hills-super-spears-and-celtic-blazes.htm ... See MoreSee Less